A Survey of  “Negro Slavery in Colonial Rhode Island”,

Thanks to Caroline Hazard

The Bishop of London, in his Pastoral Letter of 1725, addressed to the Masters and Mistresses

of Families in the English Plantation declared, “Let me beseech you to consider your slaves as men

and women who have the same frame and faculties with yourselves, souls capable of happiness,

and reason and understanding to receive instruction in order to it.”

South County Studies of Some Eighteenth Century Persons, Places & Conditions in that Part of

Rhode Island called NARRAGANSETT. “Printed for the Subscribers” in 1924 at D. B. Updike’s

Merrymount Press. We can guess who the chief subscriber was, and who, indeed, footed

Including Miss Carpenter’s chapter, “Negro Slavery in Rhode Island” in 1924 reflects the

Hazards’ pride in their long-standing positions against slavery. “College” Tom Hazard freed his

of the Peace Dale Manufacturing Company shipped cloth to the South, “Negro cloth” bought by

plantation owners. Swatches of this cloth, held at the Harvard Business School reveals this much-

reviled material, at least in its Hazard version to be lovely stuff, duo-color, and loosely woven for

comfort in the Southern heat.

he is famed for having seen to the release, hiring local lawyers, of slaves held illegally in that city’s

In 1894 Rowland Hazard admired the preaching of a young black seminarian to his fellows,

summer help in the hotels of Narragansett Pier. He befriended him, and supported his education

at Phillips Academy, Andover as well as Lincoln University, chartered in 1854 outside. The

benefactor of this largess was Joseph Winthrop Holley.

At first, Hazard planned to open a school, with Holley its head, not far from Narragansett, but

plans changed. With a loan of $2,500, Holley returned to the South where, with local white

support, he established the Albany Bible and Mechanical Technical Institute in a Georgia’s “Black

The Hazard family, Miss Caroline in particular was honored in the school’s Founder’s Day on

allowed him to open a tiny school, the “Bible and Mechanical Institute”. Through my work

supported by a 2008 NEH grant, archival holdings in Rhode Island and at Wellesley College (run

by Caroline Hazard from 1899 to 1910) were combined with those at Albany State University;

The Hazard family, represented by “Miss Caroline” after the death of her brother Rowland in

1917, gave eight of the first nine buildings of Holley’s school. She dedicated each one. Her gifts

to the school continued up to her death in 1945. Dr. Holley survived her, dying only three years

Albany was a major factor in the work of Martin Luther King; the “Albany Movement” led to

the marches in Selma and Montgomery. It’s hoped that a Hazard will be on hand for next year’s

have reached “College” Tom: Hazard. He was a Quaker, a stalwart member of the Narragansett

preached, as much as Quakers can be said to preach, to his fellows at Meeting for forty years.

Rhode Island act for the gradual abolition of slavery of February, 1784, long urged upon the

people and officials of the State by Hazard, and by other early advocates of universal freedom.

In 1756, “College” Tom, as this Hazard was known in deference to his Yale degree, was

approaching marriage and the setting up of his own home and farm. Knowing of a fine herd

down in North Stonington, he travelled down there, having arranged with its owner to buy a few

of the finest specimens. During the transaction, delayed from a Sunday to the following Monday,

the Connecticut man remarked with disdain, that the Hazards were known to hold slaves. He, a

Congregationalist, did not. Learning that Hazard was a Quaker, he remarked, “I do not find that

there is any held by Friends as slave”.

The man’s admonishment haunted Hazard as he made his way back to the Narragansett country,

driving the animals before him. On arrival, against his father’s principles, he then manumitted the few

slaves he had held. On his example, members of the Narragansett Meeting members soon released

Legislation of June, 1774, that Hazard helped to frame, forbade the importation of Negroes.

Esther4 Carpenter writes, “In those early and ominous days of the long contest opening before them,

liberty for which its citizens were preparing to contend in the field. . . . All slaves thereafter brought

into the State were to be free, with the usual exceptions in favor of persons traveling through the

country, or coming from other British dependencies to reside here. Citizens were forbidden to bring

slaves within the colonial limits, without giving bond to remove them in year”.

Moses Brown was instrumental in getting the 1784 act empowered. Its preamble follows:

“Whereas all men are entitled to life, liberty and the pursuit of happiness, and the holding of

mankind in a state of slavery as private property, which has gradually obtained by unrestrained custom

and the permission of laws, is repugnant to this principle and subversive of the happiness of mankind,

the great end of all civil government,” etc.

All future children of slaves were to enjoy complete freedom, and fitting regulations were made for

their support. The importation as well as the sale of Negroes the State was forbidden.

In 1790, according to our country’s first census, nine hundred and forty eight souls were still

Brown and many of the leaders of Newport may take credit and we, still here in the beautiful and and

fertile county they graced, may consider ourselves their heirs. 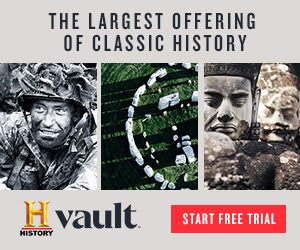 Man in the Iron Mask Documentary